In 1984, the Canadian Labour Congress established April 28th as the National Day of Mourning in Canada to remember and honour those who have died, been injured or suffered illness in the workplace.

The date was chosen in 1984, when the Canadian Labour Congress proclaimed the Day to coincide with the 70th anniversary of the day the first Ontario Worker's Compensation Act was approved by the government (1914). The Day of Mourning was enshrined in national legislation by an Act of Parliament on February 1, 1991.

The Day of Mourning, also known as Workers' Memorial Day, is officially recognized in about 100 countries worldwide.

Canadian flags on Parliament Hill and at Queen's Park fly at half-mast on April 28th. The day is traditionally marked in many ways including holding public ceremonies, wearing black and yellow ribbons, lighting candles, observing a moment of silence at 11:00 a.m. and sharing stories about how workplace tragedies have touched peoples' lives.

Watch and remember. Honour all the people who have died, been injured or suffered illness at work #DayofMourning — video

Copy and paste the code underneath each of these banners to display it on your website. You can also download the image.

With your help and support, we can heighten public awareness of the Day of Mourning with all Ontarians.

You can download this wreath and share it on social media - you can use it as your profile pic, too. If you want to use it on your website, go ahead and use the code we provide. 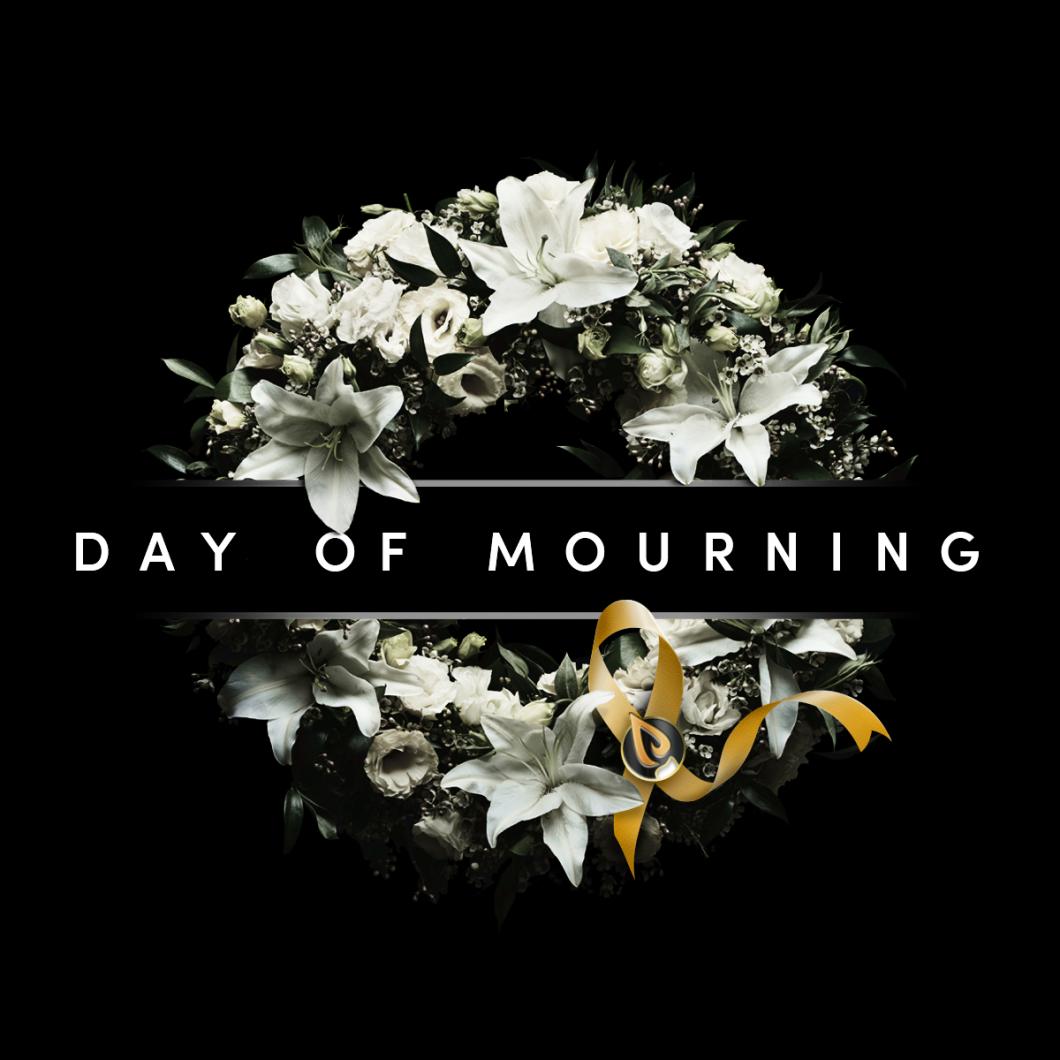 With your help and support, we can heighten public awareness of the Day of Mourning with all Ontarians.

These images can be used for your background during video calls. Simply download the image and upload to your video calling application. 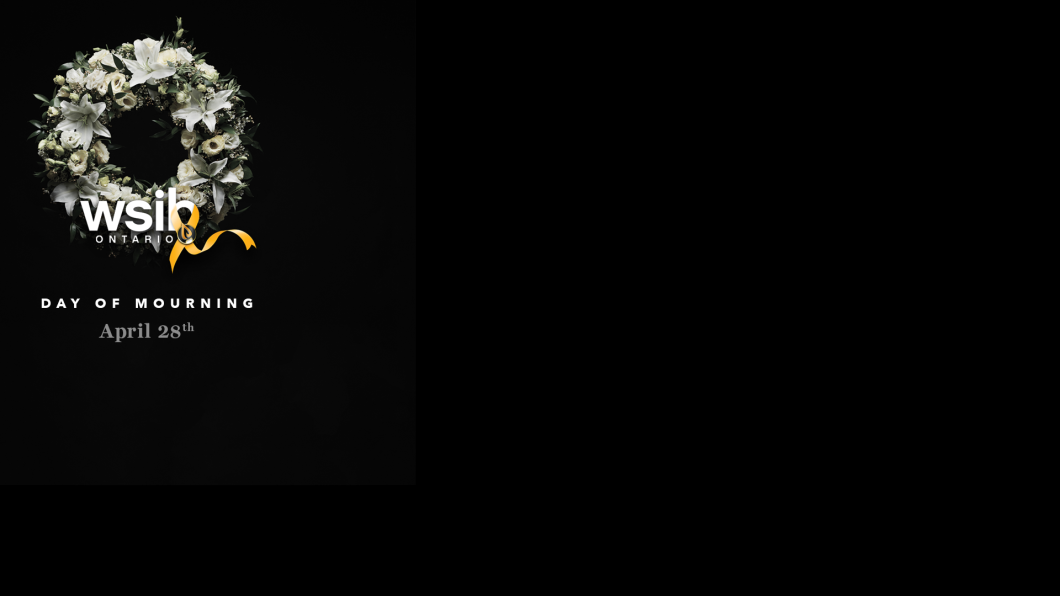 If you or a loved one have been affected by a workplace death, injury or illness, The Association for Workplace Tragedy Family Support, known as Threads of Life, may be able to help. They provide services like grief counseling, crisis intervention support and health coping skills development.

We have some resources available that can help to make Ontario a safer place to work: