By the Numbers: Schedule 2 - Injuries and occupational disease - Part of body

Similar to Schedule 1, body systems was the leading part of body for injuries and illnesses in 2020 for both men and women. Over the previous nine years, body systems was the part of body affected for about seven per cent of allowed, lost-time claims. In 2020, 22 percent of claims had body systems as the source of injury, with mental disorders or syndromes as well as the COVID-19 Novel Coronavirus as the top natures of injury. Multiple body parts, the leading part of body affected in 2019, continues to represent 12 per cent of allowed, lost-time claims, and the lower back is present in another 13 per cent.

In 2020, men working in Schedule 2 had the most claims for five of the top seven categories and people between the ages of 45 and 49 represented the highest number of lost-time claims. Body systems was the leading part of body for almost all age groups, but 15-19 year olds had more lost-time claims involving an injury to the head.

Sprains and strains were again the most common injury for most of these seven parts of the body. The most common source of injury involved people (bodily motion or condition). 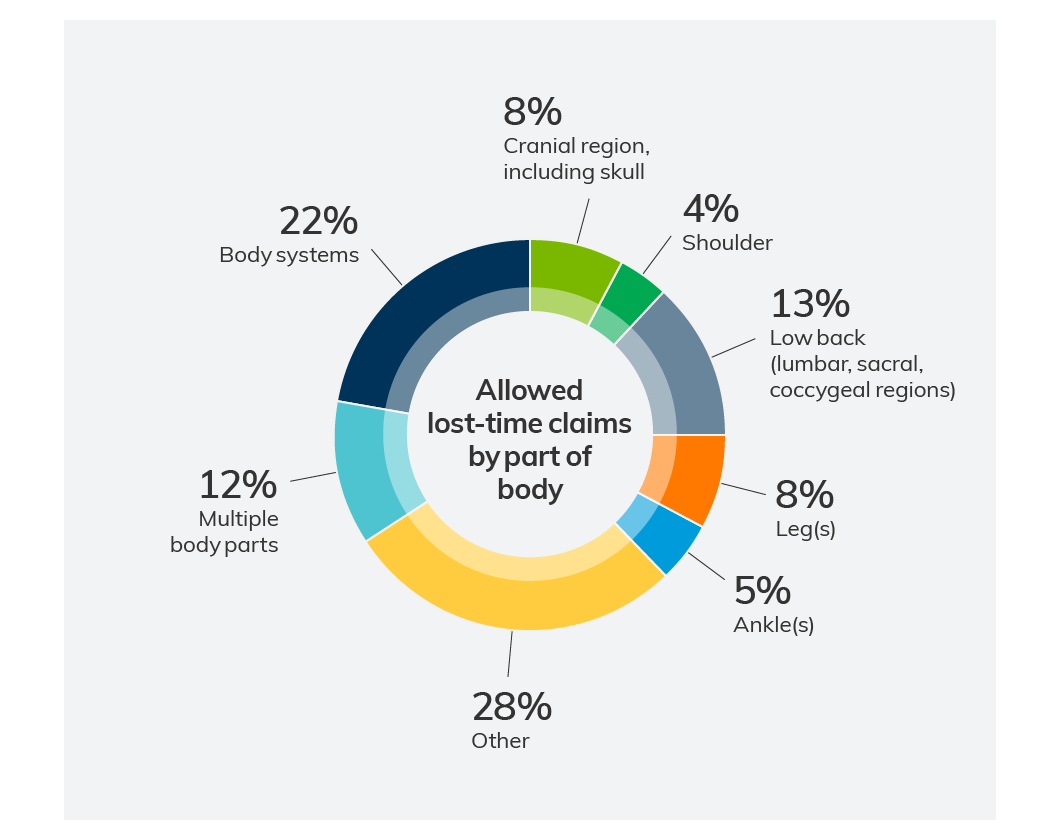 Data in By the Numbers: 2020 WSIB Statistical Report may not match previously published results. This is due to factors such as data maturity, updated definitions and methodologies, and rounding. Data in By the Numbers is matured three months, with the exception of benefit payments, which represents cash paid during the year, to or on behalf of people injured at work and are not matured three months following year-end. Percentages may not add up due to rounding.